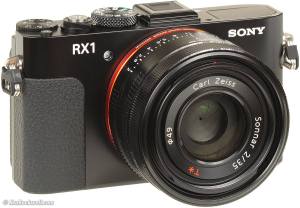 Normally I shoot medium format and the Leica S is, in my opinion, unbeatable, but when you know your going to travel a lot then carrying 40kg of camera gear has it’s disadvantages; especially if it is meant to be a holiday and not work.

So I bought a SONY RX1

Why? It was the only camera I could find that satisfied all my requirements. Small, full control over all functions, a superb lens and most importantly, a full size sensor. The SONY RX1 has the same sensor ad the SONY A99 and it’s simply superb. Couple the sensor’s ability to capture a lot of data with the Carl Zeiss Sonnar T* f2 35mm lens’ ultimate sharpness, low distortion and fast aperture and have an incredible ISO range to boot, answers a photographer’s prayers.

This camera is not cheap, BUT it’s amazing value for you money and it’s a giant in a small body. It’s incredibly versatile with full manual control, aperture or shutter priority, long exposure capability and superb ergonomic controls… mostly. The one gripe I have is that the wheel that controls the exposure override, e.g from +3 to -3, is located in such a position that it is easily bumped. This does not matter if you use the camera on ‘Auto’ but I just about never do. The other thing I don’t like is the fact that the lens has two settings, one from 30cm to infinity and the other a ‘macro’ setting which allows fully open shots at 20cm (14cm in front of the lens). Trouble is, the setting does not reset itself and is manual, so it’s easily possible to take shots on the wrong setting. You get used to both of these quirks, of course.

The results are spectacular. The metering system is superb and the resolution, being 24 megapixels, combine with an ISO range from 100 to a staggering 25,600 basically makes it possible to shoot in just about any lighting condition. I’m also surprised how little noise this camera produces, it’s easily useable to 6,000 ISO without having to run it through a noise reduction program like NIK’s Define. The controls are firm, definite and user friendly. Love the dedicated aperture ring; just like the old times. The LCD is 1.23M dot RGBW, Whitemagic, and the camera is extremely adept at taking videos as well, at 1080p60 HD in AVCHD (50p on PAL region models).

The camera basically operates totally silently, but you can engage a sound effect if you want it to mimic an old-fashioned camera. Personally I love the totally silent operation as it helps with candid shots (and shots where you are not supposed to take them…) Self timer, multiple shots a second, etc. etc are all part of the parcel and of course you can shoot RAW (all I ever do).

I’m used to professional gear and use no case for the camera. I do have a lens hood on the camera permanently (frightfully expensive) and the lens cap fits snuggly inside that combo. Impressive. So I expect my cameras to get scratched but the finish on the RX1 is extremely sturdy and the camera feels weighty and substantial. I must admit that in the first six weeks of use I dropped it twice; once onto a cobble-stone street – damage: 1 split lens hood that had to be replaced, and once I knocked it off the table – damage: cosmetic only. In both cases the camera kept on working with no ill effects at all. Now that is commendable.

If I had to rate it, I’d give it a 9/10
Would I buy it again? YES
Would I recommend it to a friend: ABSOLUTELY

SONY has released a RXI r (r stands for resolution) where they have removed the low-pass filter or anti-aliasing filter, and increased the resolution by a smidgeon. This is rather fashionable at the moment and I question the value of this. BTW the RX1r sits alongside the RX1; it does not replace it.

Disclaimer: I have purchased the RX1 at full price direct from Sony and have no relationship with the company whatsoever. This is not a paid review but simply a report on how I find the RX1 in daily life.

2 Responses to “Living with the SONY RX1”